Explainer: What is ESG? If you are an investor or someone who pays close attention to the economy, you have probably heard the term ‘ESG’. Despite hearing the acronym, many do not understand what it actually is and its implications for our economic system. In this article, we aim to define what ESG is and the problems associated with its implementation.

ESG stands for Environmental, Social, and Governance investing. Here is a brief explanation of the criteria considered for ESG investors, according to Forbes:

If after reading those explanations you said to yourself, “This sounds like woke nonsense”, you would be right. So where did these leftist ideas come from? The first group to coin the phrase ESG was the United Nations Environment Programme Initiative in the Freshfields Report in October 2005. This idea was created by our globalist ‘friends’ at the UN to pull companies to the left by making it undesirable for investment firms to invest in companies with low ESG scores. As you can see from the chart below, their strategy has been working very well. 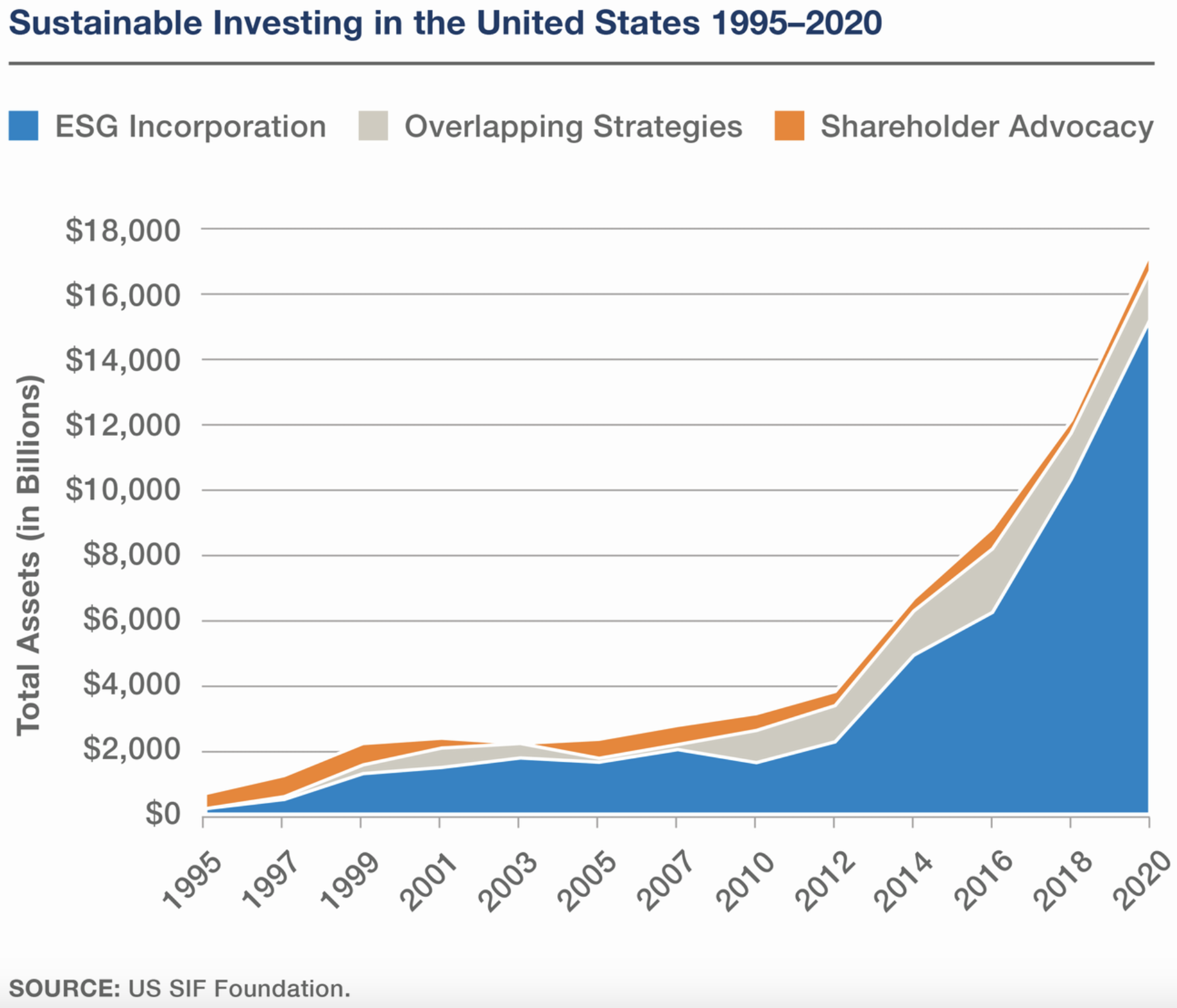 If there is a scoring system, how is it calculated? Well, there is no standard system. Scores are thought up by “research firms” that assign companies scores. As a matter of fact, to the average observer, ESG scores don’t seem to make sense at all. If you thought oil companies would score low, and companies like Tesla would score high, you would be wrong. Elon Musk tweeted about how the system is a scam run by woke ‘warriors’ recently.

ESG is a scam. It has been weaponized by phony social justice warriors.

If there is no objective metric, then ESG is just another tool in the woke left’s belt to attack conservatives and companies that refuse to ‘toe the line’ and bow down to the woke mob. From an ideological perspective, it is contrary to free enterprise and stifles competition. It imposes rules that are based on racist ideas and forced acceptance of the LGBTQ agenda, which includes grooming children. What can we do?

As usual, we need to look no further than Florida Governor Ron DeSantis to lead the charge against the leftist woke hordes. He recently proposed legislation that would protect Floridians from the ESG movement. Quoted from a recent article from The Center Square, Ron DeSantis said:

The ESG movement “threatens the vitality of the American economy and Americans’ economic freedom by targeting disfavored individuals and industries to advance a woke ideological agenda,” DeSantis said.

“The leveraging of corporate power to impose an ideological agenda on society represents an alarming trend,” DeSantis said when announcing the new plan Wednesday. “From Wall Street banks to massive asset managers and big tech companies, we have seen the corporate elite use their economic power to impose policies on the country that they could not achieve at the ballot box. Through the actions I announced today, we are protecting Floridians from woke capital and asserting the authority of our constitutional system over ideological corporate power.”

DeSantis’ 2023 legislative proposal would prohibit big banks, credit card companies, and money transmitters from discriminating against customers based on their religious, political, or social beliefs, which have been identified as contributing to the score.

Governor Abbott, who has made a habit out of following Ron DeSantis’ lead, should be taking notes to protect Texans as the 2023 legislative session draws near. Texans for Fiscal Responsibility (TFR) opposes the globalist woke ESG score as a hindrance to free enterprise and will encourage our subscribers to do the same. Reach out to your lawmaker and encourage them to commit to passing legislation that protects Texans from the woke mob trying to destroy capitalism.

What else can you do to help? Sign up for The Fiscal Note to keep up to date on all fiscal issues that affect Texans, especially our broken property tax system. We CAN put Texas on a path to fiscal sanity and future prosperity if we amplify our voices loud enough.