Thousands of Republicans from across the state of Texas, descended into Houston last week to participate in crafting the platform for the Republican Party of Texas (RPT) among other party organizational items for the next two years.

Elected delegates to the convention began arriving last Monday to participate in committee hearings and get the process started. The entirety of the convention process is truly a sight to behold and is a labor of love for many patriotic Texans from across the state, who view it as their time to amplify their voices as they craft a platform seeking to inform lawmakers and other elected officials as to what policies they want to be implemented.

The first encouraging event was when former Taxpayer Champion Matt Rinaldi was reelected as the RPT chairman without having drawn a challenger.

Texans for Fiscal Responsibility (TFR) was on-site as well, with our own exhibition booth advocating for sane fiscal policy in the Lone Star State.

At the forefront of our agenda was of course our Texas Prosperity Plan, which supports fiscal policy change in 3 main policy areas: 1) Banning Taxpayer-Funded Lobbying 2) Eliminating Property Taxes 3) Freezing Our State Budget. In the thousands of interactions that TFR had with delegates at our booth, the response to our plan was overwhelmingly positive.

Of our three issues, the one that garnered the most attention was undoubtedly our support for eliminating the property tax system.

TFR heard stories of Texans across the state who are overwhelmed with current tax burdens and are fearful they will be priced out of their homes if something is not done soon. TFR’s unapologetic call to “Axe The Tax” resulted in thousands of foam axes floating around the convention center all week. The axes served as a conversation piece at our booth as delegates came to inquire about the Texas Prosperity Plan and our Fiscal Responsibility Index. 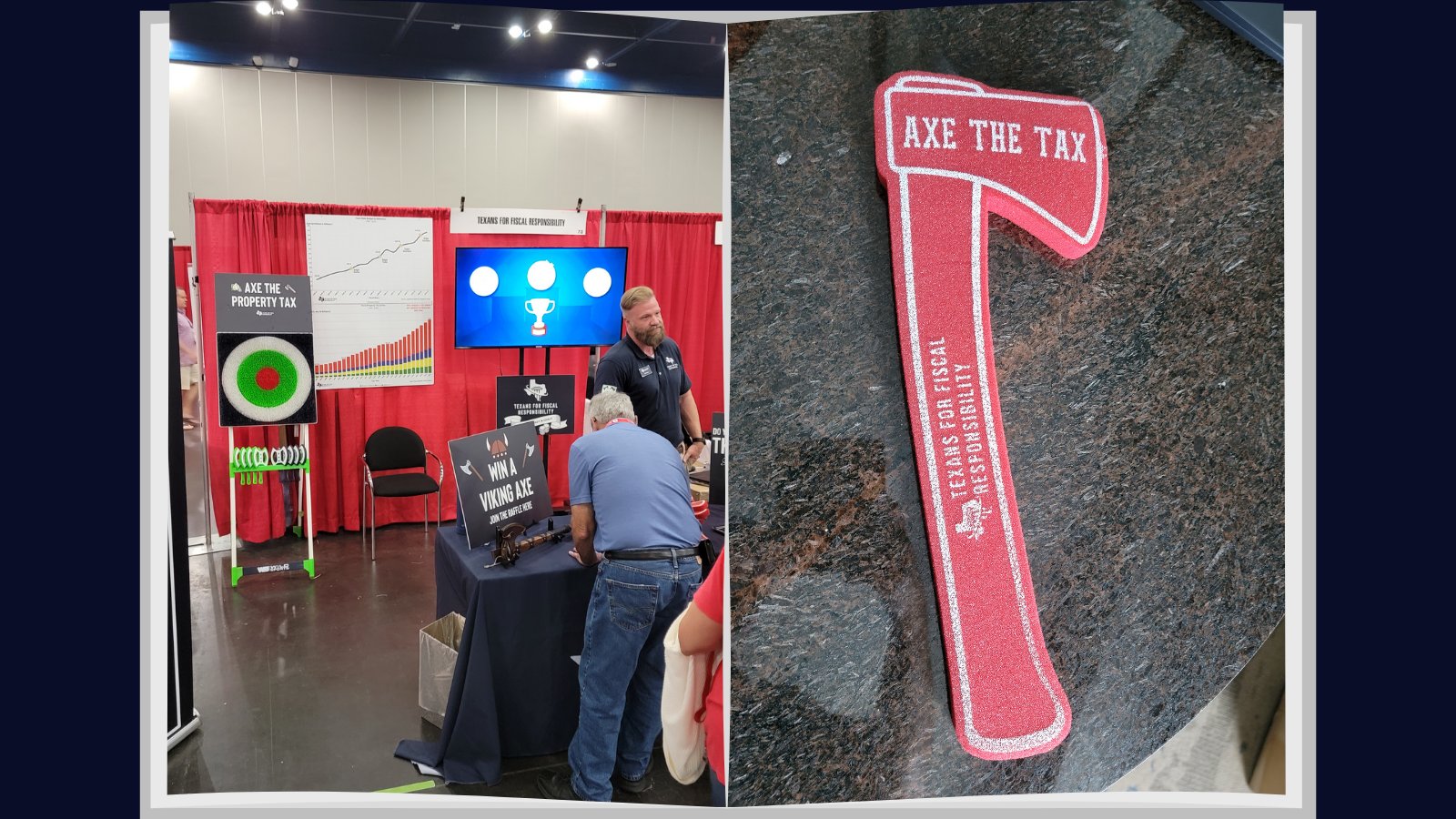 By far the most common question we were asked from convention participants was, “What are you planning on replacing the property tax with?” To which we replied time and time again, “Nothing”.

As our subscribers know, TFR has been advocating for using the massive state budget surplus, estimated to be around $15 billion, to pay down compression rates on the school maintenance and operation portion of property tax bills (which is about 60-65%) for most Texans. This surplus is possible because of a spending limit passed by lawmakers this past legislative session which likely will also result in ongoing surpluses indefinitely. Most folks who spoke with us were not aware of the projected surplus, especially one this massive, and all agreed that the surplus should be returned to taxpayers in the form of property tax relief.  Even U.S. Senator Ted Cruz got in on the action!

The response from delegates was overwhelming and the support of the TPP resulted in all three of our issues being added to the Republican platform rough draft. The plan to eliminate property tax and ban taxpayer-funded lobbying made it to the 15 finalists for consideration as legislative priorities (which will eventually be reduced to 8). Both the platform and the priorities received their final vote Saturday afternoon, but those votes will not be counted by the Republican party until later this week. We will find out which ones made it into the final 8 legislative priorities soon. 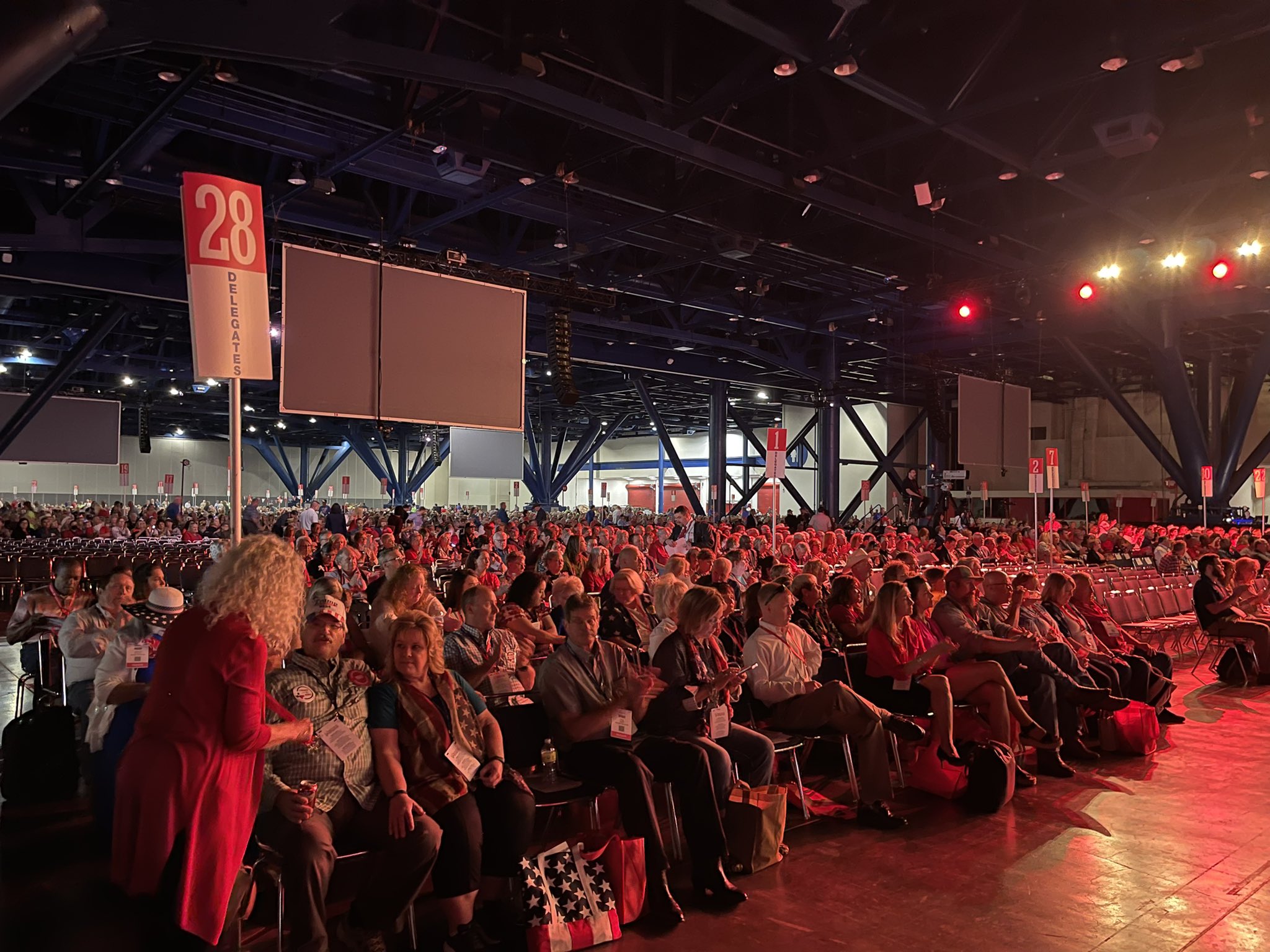 We view our booth and participation as a massive success this past week. We engaged so many passionate people, we talked fiscal policy, we threw axes, we created a sea of red with our TFR foam axes, and one lucky lady even went home with our raffle prize, a real Viking ax! We left encouraged by the participation of Texans across the state and we patiently wait for the results of the final vote for platform and priorities, we will keep our subscribers posted when we hear something. 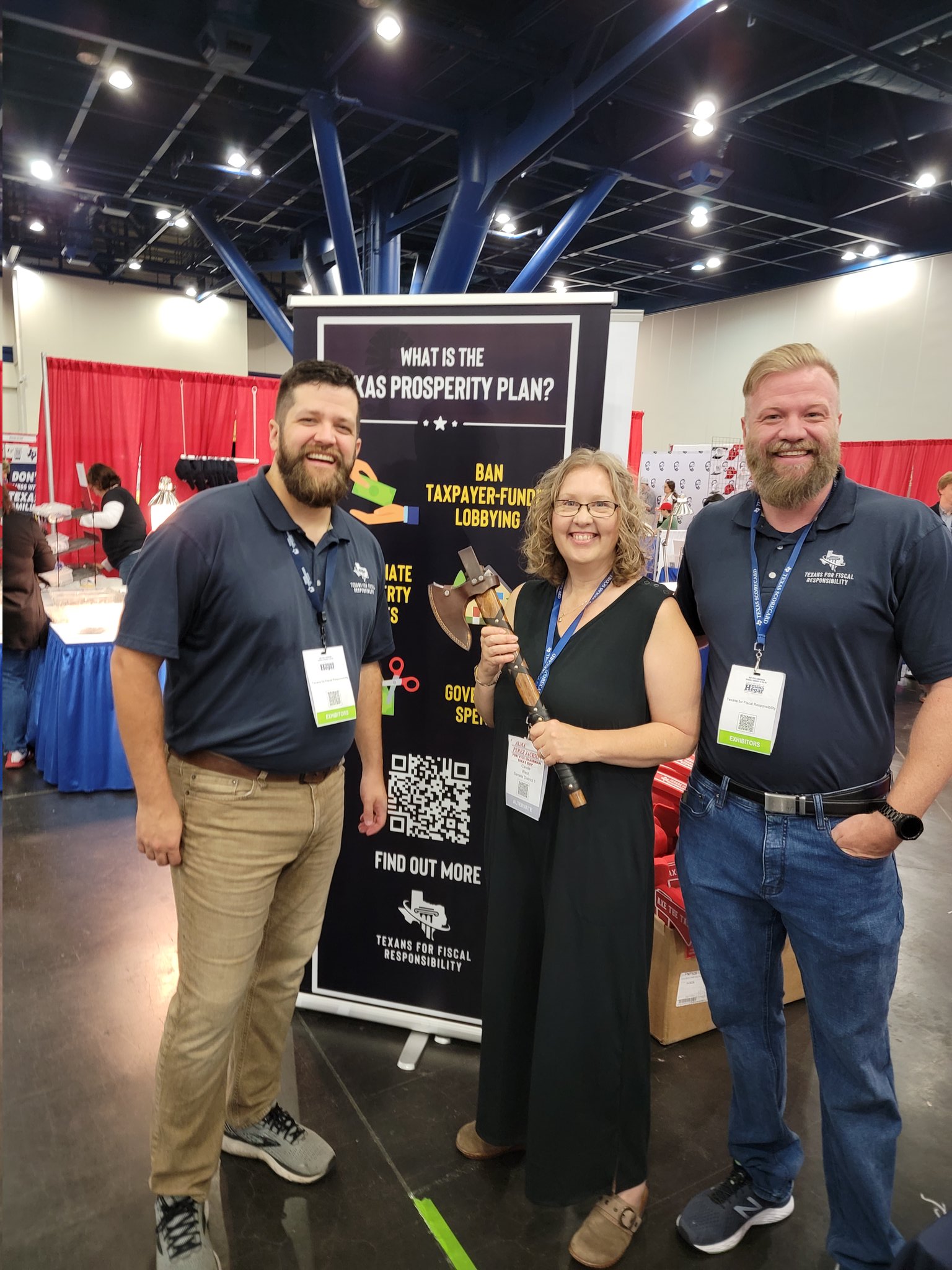