Explainer: What Is The Overton Window? If you have spent any amount of time in politics I am sure you have heard the phrase “The Overton Window” before. Today we are going to talk about what it is, and how to use this concept to our advantage as conservatives.

Joseph Overton was an American policy analyst after whom the concept is named after. Overton’s Mackinac Center for Public Policy defines the Overton Window as:

“a model for understanding how ideas in society change over time and influence politics. The core concept is that politicians are limited in what policy ideas they can support — they generally only pursue policies that are widely accepted throughout society as legitimate policy options. These policies lie inside the Overton Window. Other policy ideas exist, but politicians risk losing popular support if they champion these ideas. These policies lie outside the Overton Window.” 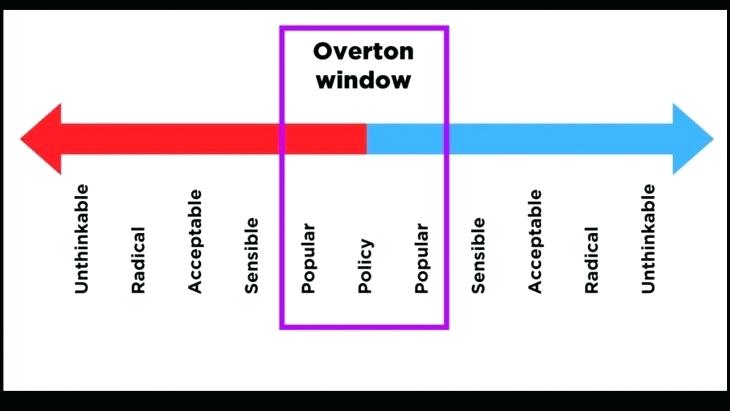 A political policy that is widely accepted in society falls within “the window” and is regarded as a sound, popular policy. A policy that is outside the window is on a spectrum that ranges from sensible to unthinkable (as the graphic above illustrates).  The most important thing to understand about the Overton Window is that it is not static, it is always on the move. Not only can the window shift left or right, but the window itself can also expand and contract based on a number of different cultural and political factors.

This is where understanding the window and how it moves is important to voters. You can think of the window as where politicians stay the vast majority of the time. It is the political “safe zone” in which they can debate and implement policy while simultaneously safely ensuring their reelection. Operating outside of the Overton Window as a politician is extremely dangerous and usually results in your ejection from the political realm. It is very rare for a politician to be able to move the window by themselves by courageously endorsing policies that lie outside the window at any given time. More often, it is a societal change that shifts the window, and politicians adapt based on what is acceptable within society. 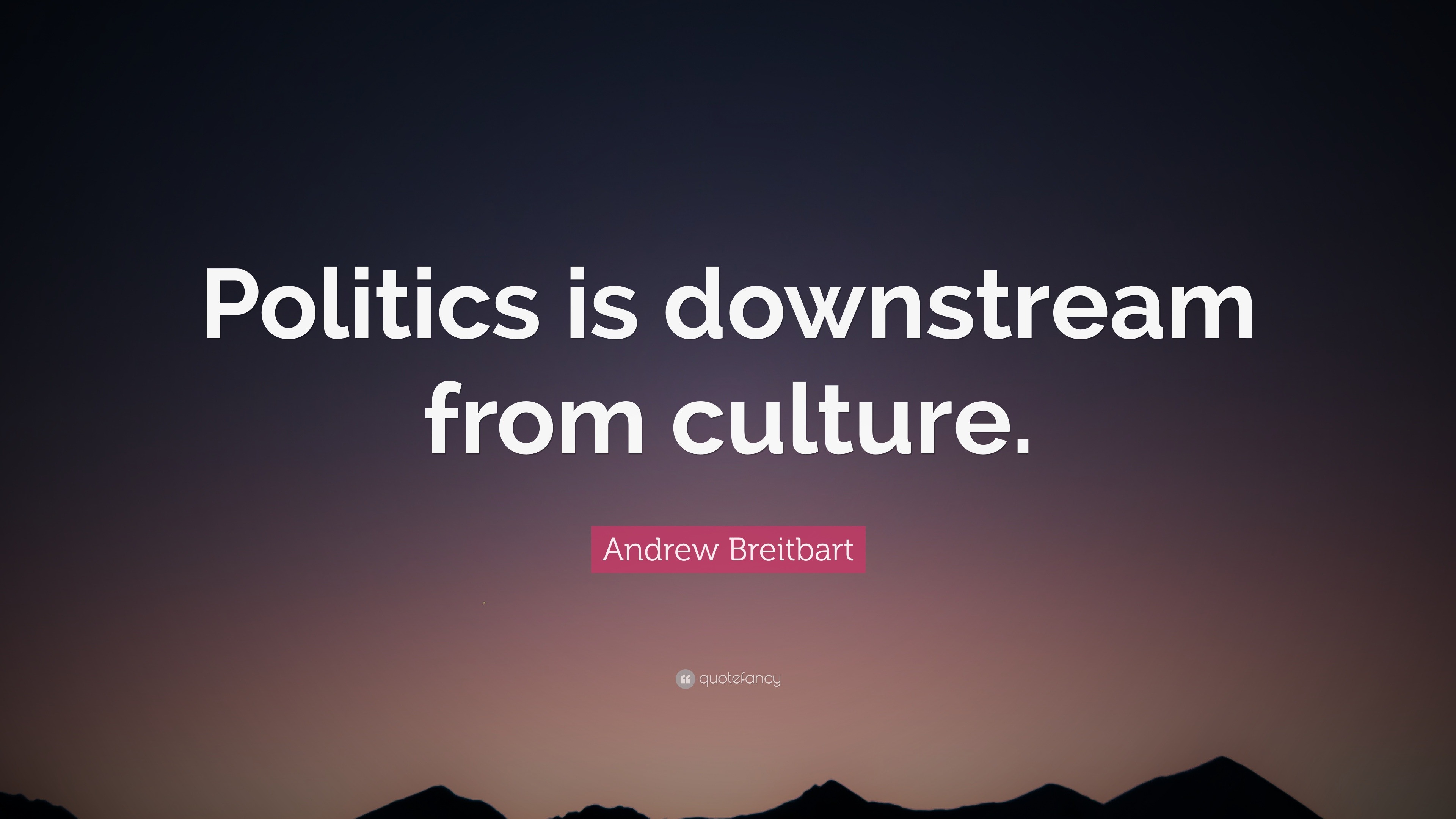 As the late Andrew Breitbart famously declared, “Politics is downstream from culture”. This is really what the Overton Window itself is about. Let’s think of a few examples over the last few decades.

In 2008, California passed Proposition 8 which banned gay marriage in the state. Yes, recently California, the leftist capitol of America, banned gay marriage. Yet, just 7 years later in 2015, the U.S. Supreme Court ruled in Obergefell v. Hodges, requiring all states to issue marriage licenses to same-sex couples and to recognize same-sex marriages validly performed in other jurisdictions.

In 7 short years, this issue was turned on its head. Was this because of the Supreme Court ruling alone? No, it was due to political activism which included parades in the streets, a heavy presence on television, and social media. All of these things contributed to shifting the Overton Window left on the issue. It no longer was politically toxic to speak about it. President Barrack Obama at one time publicly opposed gay marriage, but when the window shifted so did his position. If we look at the many radical policy changes that have taken place over the last few years, we need to understand that it is not politicians that are causing this, but society at large. It is the collective beliefs in America that allows politicians to openly speak about things like men being women, ‘drag queen story hour’, or legalizing hallucinogens.

This is what the far left has become experts at, pulling the window as far left as they can through submersing the public in leftist ideology. Look at Congresswoman Alexandria Ocasio-Cortez, an open socialist, and largely someone who would have been deemed unelectable a decade ago, and yet the left has become extremely efficient at pushing their “unthinkable” ideas until they become “radical”, then “acceptable”, until eventually becoming accepted.

The Overton Window is not a metric that can describe everything about politics. It tells us that politicians will not support whatever policy they want, but rather they will only support policies that they believe will get them reelected. Overton’s Mackinac Center for Public Policy puts it this way:

“All of this suggests that politicians are more followers than they are leaders — it’s the rest of us who ultimately determine the types of policies they’ll get behind. It also implies that our social institutions — families, workplaces, friends, media, churches, voluntary associations, think tanks, schools, charities, and many other phenomena that establish and reinforce societal norms — are more important to shaping our politics than we typically credit them for.”

If you are interested in changing policy, especially fiscal policy, then the Overton Window is an important concept to understand. We do not change political policy by electing politicians, we change policy by changing society. The battle in politics is in the cultural realm and if conservatives are not willing to fight on that battleground we will continue to lose.

For Texans for Fiscal Responsibility (TFR), we have seen the concept of eliminating property taxes go from “unthinkable”, to “radical”, and we are now in the process of it becoming “acceptable”. The shift of the Overton Window on something like property taxes is shown in the Republican Party of Texas platform right now. The issue missed becoming a legislative priority of the party itself by just a handful of votes. TFR will continue to pull the Overton Window until owning your home is possible and paying perpetual rent to the government is abolished. Will you help us pull the window?